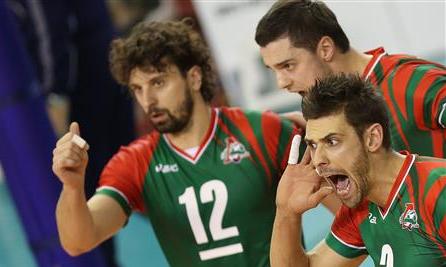 Lokomotiv Novosibirsk will not defend theChampions League trophy claimed in Omsk this spring. The team, coached by Andrey Voronkov, wasted the last chance to save its existence amid the elitegambling a within Russian duel away against Zenit Kazan. Lokomoti’s drama was affix saled by Lube Banca Macerata that crashed Posojilnica AICH/DOB at own court. The case of victory in Pool A will be solved next week when Lube Banca is taking Zenit Kazan head-on in Tatarstan.

By combining a very solid block with great spikes Zenit KAZAN started the game strong winning the first set with the score of 25-23. Lokomotiv set the pace three times in the set but Zenit could always fight their way back on good serving by their middle blocker Alexander Abrosimov.

The second set was very close with Lokomotiv making many errors towards the end to help Zenit seal the final 26-24 and provisional 2:0.

The Siberian players went for a make-or-break mission in the third set where their opposite Pavel Moroz could finally display a very good performance, anchoring Lokomotiv with his serve and spikes.

However, Zenit changed the course of the game once more right in the early phases of the fourth set where four consecutive aces by their middle blocker Nikolay Apalikov made it 8:2 at the first technical time-out. That was too much for Lokomotiv that could not compensate for this slow start and Zenit comfortably cruised to the final 25-19 for a well-deserved 3:1 victory.

This was the first home defeat for Lokomotiv in any CL game and with this result the chances for the titleholders to make the Playoffs 12 have practically vanished. 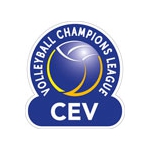 As earlier in the day Zenit Kazan had claimed Russia’s derby with Lokomotiv Novosibirsk, with one leg still to play before the end of the Main Phase, the team mentored by Vladimir Alekno confirmed its leadership in this Pool with 12 points, while the 2013 European champions, currently ranked third with seven (and four less than Lube Banca Marche MACERATA), are already out of contention for making the next stage.

In the match against Austria’s champions Posojilnica AICH/DOB, the Italians quickly settled into the driver’s seat and every time the guests tried to fight their way back or saw a tiny glimpse of hope, Lube Banca Marche Macerata seemingly at will just shifted into the next gear. Only in the first set AICH/DOB was playing at the same level as MACERATA (until 7:7), but squandered its chances. The home captain Ivan Zaytsev was the top scorer of the match, collecting 14 points, while the opposite Valdir Sequeira was the best for the Austrian team with 10.