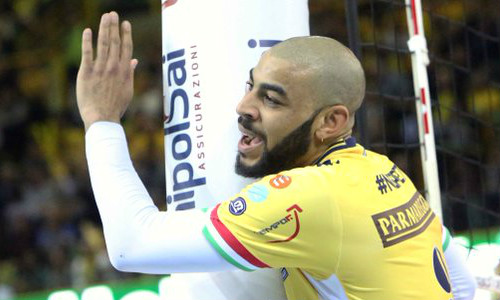 Recently crowned as European championship with the French national team, young and restless Earvin Ngapeth comes back in the spotlights, this time involved in a car accident he caused himself.

The Italian newspapers claim that the French player hit three people on the night of 6th November, around 3:30 a.m while passing in front of a night club in Modena.

Two victims suffered light injuries, while the third one, a 41 years old man, is seriously injured. The recently nominated the new French volleyball star insisted to pass his sincere excuses to all people involved: the victims, the families, his team mates, the club’s sponsors and supporters. Nothing more to add, the player admitted being guilty of these acts by presenting himself to the Italian authorities.

The club decided to suspend Ngapeth indefinitely and mentioned they support the victims’ families as well as the player for having assumed responsibilities.