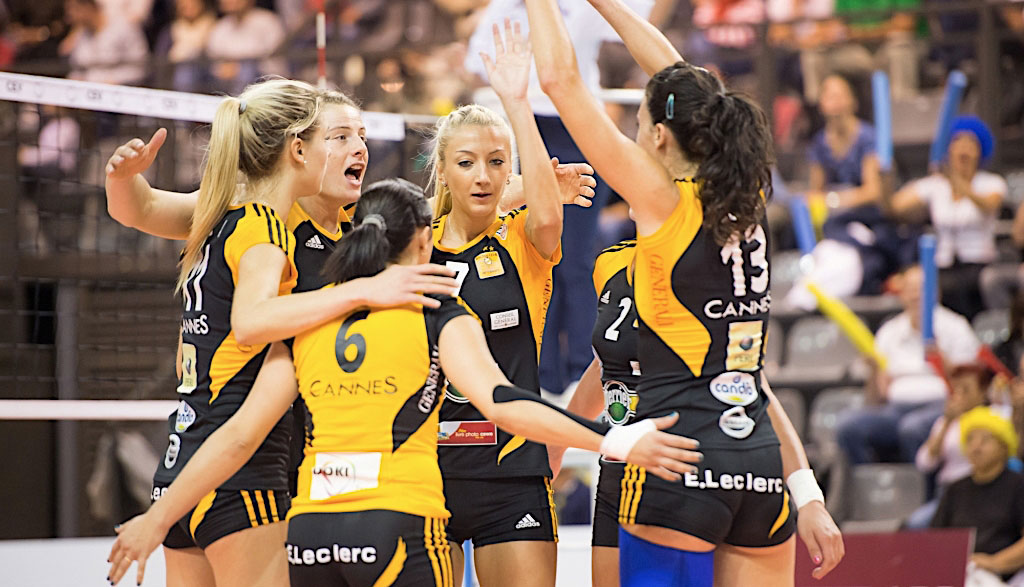 Unquestionably, the French championship has been giving us a lot of uncertainties, being perhaps the last European league to start and also due to the events of previous year, when St. Raphael claimed the final against all odds. Therefore, this weekend we had the chance to watch and live almost all the games of the 5th leg, the derby Mulhouse – RC Cannes has been rescheduled on the 30th of November.

Isabelle Haak, ‘la surprise du chef’, tops the rankings of scorers with 23 points and 89% efficiency against Vandoeuvre Nancy, securing the first place for Béziers after only 5 games (14p). Venelles seems to become for one more season the team that plays against all odds; after claiming a 3 sets victory against RC Cannes on the 4th day, they managed to cause another sensation, this time against former championship – St. Raphael (2-3). Paris St. Cloud, one of the teams that had not confirmed so far this season, managed to claim an ice-breaking victory on the court of Le Cannet (2-3) with a proper block-defense game (14 kill-blocks). Nantes cruised a 4 sets home victory against Terville, leaving them on the last place of the ranking with no point so far. The last game of this weekend set face to face the newly promoted teams: Quimper Volley and Evreux. Quimper pulled up an amazing comeback, after being lead 2-0 and claimed a 5 sets victory which saves them so far from the dangerous area of the ranking board.

As mentioned previously, the derby Mulhouse / RC Cannes is scheduled for the 30th of November, due to Champions League participation. RC Cannes failed to make it to the CL pools after losing two times against Liu Jo Nordmeccanica MODENA (ITA). The new coach of RC Cannes could not hide his disappointment and frustration at the end of an extremely balanced game: “We developed a very good game in the first and second sets where we played at the very same level of the Italians and this adds further frustration to our disappointment. We made the necessary adjustments after losing the first match and these brought the desired and expected results. Now we need to focus on the national league, the French Cup and of course we hope to come back stronger than ever for the CEV Cup where we continue our European journey this season.”