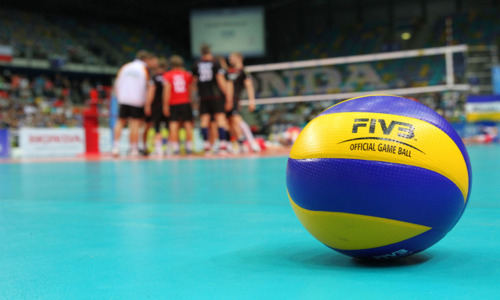 The Belgian head coach of the German national men’s team Vital Heynen released the list of players he will use for the upcoming 2013 European Championship in Denmark and Poland much earlier than any other national team coach.

Who did not make it?

From the initial list of nineteen players five have been dropped and will not travel to Maaseik, Belgium, where the team will start its preparation for the Euro 2013 at the end of September. The five players are Tom Strohbach (outside attacker, Generali Unterhaching), Simon Hirsch (opposite, Generali Unterhaching), Patrick Steuerwald (setter, Tonno Callipo Calabria Vibo Valentia, Italy), Lukas Bauer (middle blocker, Arago de Sete, France) and Dirk Westphal (outside attacker, Jadar Radom, Poland).

“It is always to difficult when you have to make a decision only after eight days of trainings. Everyone did a good job and it is always challenging to cut the number of players. Overall we had a very good first week.” (Vital Heynen)

Based on the absence of Tischer, Schwarz and Grozer, not to mention the ones who took the summer off or had not been called up, almost the entire volleyball class struck Germany off the potentially dangerous teams. Heynen and his lads proved once more that Germany should never be underestimated. Surprisingly, till the very last weekend the Bundesteam had the mathematical chance to cast out the eventual League winner Russia. Unshackled from the expectations burden, the German team offered delivered a solid performance and finished on third position in Pool B, a point ahead of the defending European champion Serbia. A bit of luck and a lack of concentration deprived them of a stunning away win in Torino, but six points taken versus the young and green Cubans, a 3-1 win in Belgrade, a proud tie-break victory in Frankfurt against the mighty Russia and more than surprising straight-set success in Tehran against Iran helped Germany finish a respectable World League campaign. 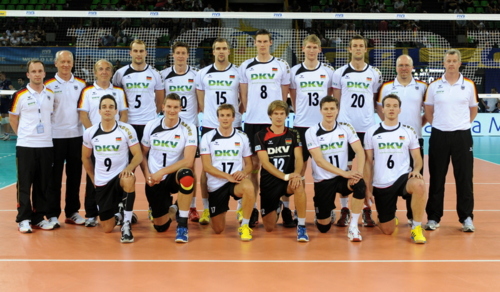 Team performance has not been the only aspect Heynen could be satisfied with. When the bombardier Grozer, their most loaded attacker, announced he would miss the World League, I did not really expect anyone from this team to step ahead when it would matter the most. My bet was on Schoeps, who is known as a very clever and techically versatile opposite, but he rarely finishes a game with a spectacular number of points. He is rather the type of player, on whom you can count to finish a set point or to come on in from the bench and bring an attack diversity, but wouldn’t single-handedly beat an opponent – something that might be necessary for a young team like Germany. Something that is a trademark of Grozer. Well, Germany could not make it to Mar del Plata, but I think they found such a player. Denys Kaliberda was most of the time top scorer of the team and finished seventh overall in the individual scorers’ ranking, despite being an outside attacker. He did not impress too much in his first season abroad in the Italian Tonno Callipo Vibo Valentia and used to appear shaky in some importants games ealier in his career, but I would give that to his youth. However, he was the man pulling Germany ahead all summer long. This is definitely good news for Heynen, who seems to have found his man at position four. Now that Gyorgy Grozer is back and training, you can be sure the Bundesteam will have something to say in Gdynia, where the likes of Russia, Bulgaria and the Czech Republic will arrive.

I would like to include a sentence about a debutant in the roster that has been having a very refreshing season so far. Not knowing what to do with his life only about three years ago, Philipp Collin walked a very thorny road up to the Bundesliga. Collin, Boehme and Broshog (and sometimes Fischer) took turns on the field in different weeks, but Collin impressed in a way that made the French Tours VB sign him for the new season.

After Maaseik Germany will travel to the neighboring Netherlands to play a series of three friendlies against the hosts (30th, 31st August and 1st September). Later on Heynen takes Germany in Poland for the Hubert Wagner Memorial (6th – 8th September). The opponents are the home side, Russia and again The Netherlands. Italy arrives in Germany for two friendlies (Nordhausen, 16th September, and Dessau, 17th September) for the last tests prior to the Championship.