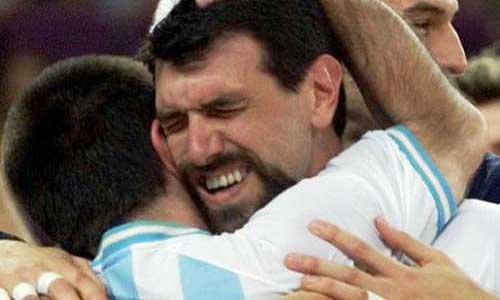 The most important Argentine player in history became a part of the prestigious award as the second national member since 2003.

“It’s a joy that I share with all Argentines in the distance. It is not an individual award but is the product of the consolidation of national volleyball in recent decades”, said proudly Hugo Conte.

This Friday, one of the best eight players in volleyball XX century (as FIVB) will deservedly be recognize by the institution that brings the major players in the sport together. The man who popularized the Argentine volleyball since his debut in the eighties, 48 years old, is one of the six new honorees.

It is no coincidence to see Hugo in the Hall of Fame. The current coach of the Italian Reggio Emilia A2 team was a brilliant Argentine representative in the field of sport, with a long and successful career that began in 1975 and ended 32 years later, fulfilling his dream of playing next to leave his son, Facundo.

The immortal jersey number 7 and feature beard spent several consecrating moments until his retirement from the National team in the 2002 World Championship.