MCL Pool D: Two out of two for Trentino 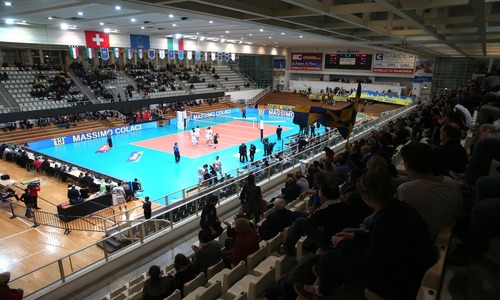 The second week of actions in the 2014 CEV DenizBank Champions League saw Diatec Trentino and Berlin Recycling Volleys establish the order in Pool D. The absence of the powerful Canadian opposite Gavin Schmitt seems to be too much of a bother for Arkas Izmir as they failed in Izmir against the Germans, whereas Trentino faced an endurable Swiss challenge at home.

The threefold Champions League winners from Italy took a perfect advantage of the rescheduled group program which allowed them to host two games in a row at the beginning of the tournament due to the long recent trip to Betim in Brazil. After the guys of Roberto Serniotti grabbed all three points versus the German champions of Berlin Recycling Volleys last week, today the 1600 spectators in “PalaTrento” watched a relatively more tranquil game against the debutants of Energy Investments Lugano. The Swiss side could not repeat their fantastic performance from last week when the Turkish Arkas bowed its head in Switzerland. Tsvetan Sokolov and Co. had no problems closing the game in three sets and currently top Pool D undefeated. 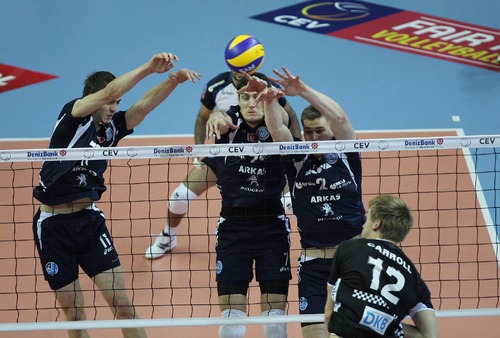 Glenn Hoag would surely not imagine his side being at the bottom of the Pool D at the end of the second Champions League week. And with an international schedule, whose next two events dispatch his side to the rolling Diatec Trentino, a new wave of optimism is nowhere to be seen for the cunning Canadian. Urpo Sivula, the Finnish international outside attacker who was urgently signed as a replacement for the recovering Gavin Schmitt, has been disappointing so far. A large number of mistakes in Lugano, including a zero-point credit in the tie-break, preceded another shaky performance yesterday as the visiting Berlin Recycling Volleys came back from a set down to grab all three points. The back-to-back Bundesliga champions showed more consistency in Izmir compared to the numerous missed opportunities in Trentino and had all the reasons to jubilate ahead of the forthcoming encounters with Energy Investments Lugano.