The Basics of Betting on Volleyball 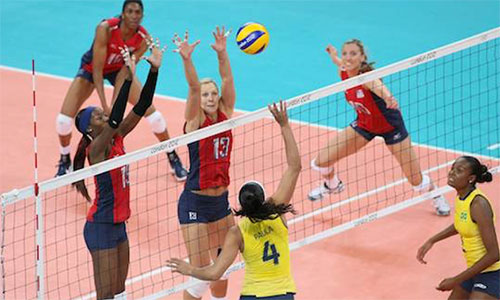 If you are a volleyball fan and know a lot about the game, you might be interested in betting on volleyball. Here are the types of bets that bookies offer.

If you follow volleyball and think you know enough, it may be a good idea to try and earn some money. We don’t mean become a player, because it takes a bit more than watching for that. But you can try and place a few bets on volleyball matches and see how it goes. Sports betting does involve luck, but it also requires understanding, especially if you want to be successful at it, and that is what everybody wants. And where there aren’t any volleyball events on, then you may enjoy a diversion for an hour or two. Now we’ll go through the basics of volleyball betting and you’ll get an idea of what types of bets can be placed on volleyball and what options are available.

You May Bet on Various Events
Despite the fact that it doesn’t have following as large as some other sports like association football, volleyball is particular popular, it has a significant fan-base, especially in certain countries. That is why most, if not all, major sports betting operators offer betting on volleyball. You will be able to bet on matches of national volleyball competitions, international club matches, and of course matches between national teams of different countries at the Olympics, the World Cup, the World Championship or some other competition organised by the FIVB. It is possible to bet on women’s volleyball, as well as men’s.

Match Betting
The simplest wager that can be placed on a volleyball match is called a match bet. Here you are betting on the outcome of the match in question, i.e. predict which of the teams is going to win. Bookmakers have their own ways of determining which team is a favourite and they will offer lower odds on those teams, which means that you would earn less money if you back them. If, for some reason you are convinced that the team which is considered underdog is going to win, you can place a wager on them and earn more money if they do happen to win in the end. Check the odds that are offered by different sports betting operators and always look for the best odds, because better odds essentially means more profits. Another options is to grab virgin games promo code.

Point Spread Betting
With point spread betting, also called handicap betting the underdog gets a virtual advantage before the match starts, so the team considered to be favourite would have to win by a certain margin. With point spread betting usually equal odds are offered for both teams. So, even if the lower rated team loses the match, if they lose by a smaller margin then they would considered winners in betting purposes.

Totals
Furthermore, you may also place a wager on the total number of points that will be scored by both teams. Here it is not important which team is going to win, but whether there’ll be more or fewer points than the given number. This is a popular bet and the number is set in a way that will allow both options to have similar odds.

Set Betting
You may also bet on the outcome of the first set, or a particular set. This bet applies only to that set and that set alone. For example, you may bet that the home team is going to win the first set and if they managed to do so, your bet is a win, regardless if they lose the match in the end.

Future Bets
Last but not least, you may place so called future bets. Here you bet on the outcome of a particular volleyball event, even before it has started. For example, you may bet which nation will be the Olympic Champion, even before the Olympics have begun. The odds for future bets depend on whether a team is considered to be a favourite or not. The odds for certain teams might be even higher than 1,000.00.