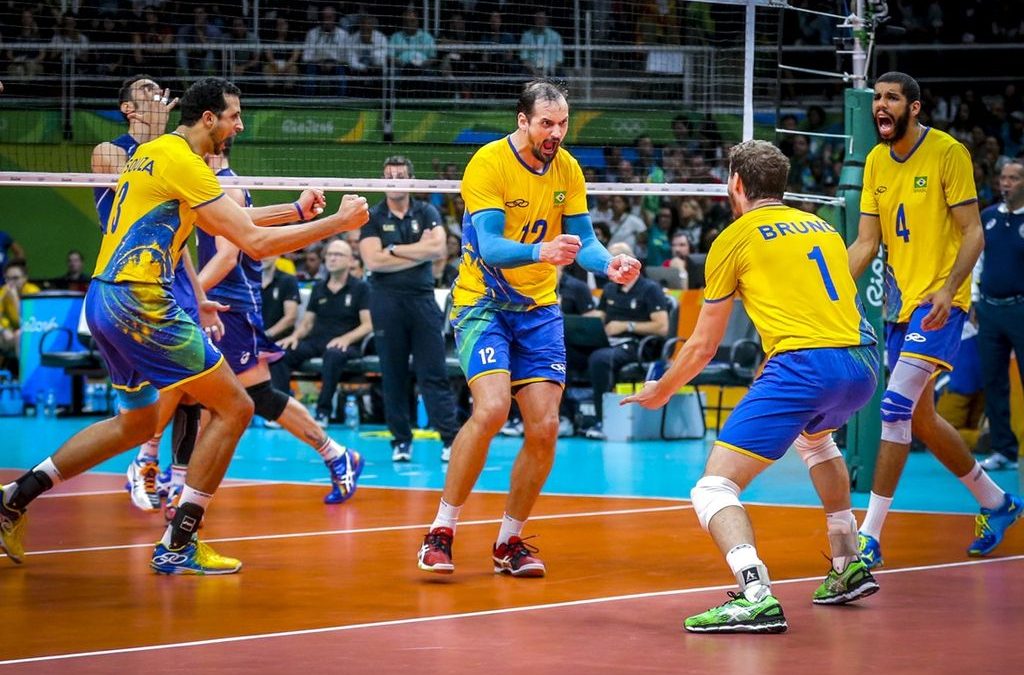 Volleyball has been in the Olympics for nearly 60 years, and it was first introduced at the Tokyo Olympics in 1964. It enjoys worldwide popularity, and the Olympics is considered the pinnacle of the sport, where the very best players in the world battle it out for supremacy.

Poland will likely enter the next Olympics in the top 3 world rankings. You can find the best odds online if you’re looking for them to win gold. The best sportsbook promos include volleyball and other games that you can find at the Olympics. However, we will now delve into a few of the greatest games to have graced the court.

One of the most noteworthy and iconic matches in recent Olympic games occurred in 2008. The sensational clash between two of Eastern Europe’s finest teams resulted in a tie-break.

Poland battled from what looked to be a down-and-out position. At 2-0 down, the title was almost on its way to Russia. However, the Olympics are the pinnacle of competition for these players. Mariusz Wlazły notched up an astonishing 23 points, outscoring any other player on the court. This drove the Polish team to victory and they came out as 3-2 winners. A close margin of 3 points won the final set, but decisively in favor of Poland.

The result of the last set proved that Poland was a strong team and had plenty of character. A sensational game resulted in a historic victory, as they managed to triumph over the Russians, who were the favorites for the gold.

Sticking with the theme of the 2008 Olympics, this was a tournament that featured incredibly high quality. This was highlighted by the quality of the United States and Brazil gold medal game.

Having recently lifted the FIVB World League championship, the USA team was on a real high. They proved this with their performance in the final. They showed incredible skill, bluff, strength, and tactical awareness. Brazil was no match for the Americans in the end, despite putting on a spirited performance and playing their role in an incredibly high-quality game

The reason this game is on our list is down to the fact that the Americans played such an incredibly high standard of volleyball. To crush their opponents in the final was a real statement of intent. Russia went into the tournaments as the favorites and may have provided a sterner test, but they were knocked out in a thrilling game against Poland.

Brazil definitely played their part, though, especially early on in the game. They were no strangers to success on the volleyball court, as they were champions at the Olympics in Barcelona in 1992.

They took charge at the start of the opening set, with tenacious serves and uncompromising an defence. Their captain Giba was in inspired form and looked to be spearheading the way for Brazilian Olympic glory.

The Americans were disheveled and started very slow, they struggled to get out of first gear, and their counterattacking play was virtually non-existent. The legendary U.S. wing spiker Clayton Stanley, considered one of the best players in the world during this period, sprang into action. He dragged the Americans to a historic Olympic win, coming to the rescue in the following set.

He combined excellent high jump spikes and powerful serves to get the Americans back into contention. Stanley eventually grew further into the game, and the Americans took the gold medal at the Beijing games.

We’ve only scratched the surface regarding the greatest Olympic volleyball games¾it was the two above that made the grade for us to discuss today. However, there are plenty of honorable mentions, including Poland, which is historically one of the best volleyball teams in the world.

Not just in Olympic tournaments, either. For example, their game against Serbia and Montenegro in the 2005 World League semi-final was an astonishing battle of skill. More recently, their 2018 match against Argentina in the World Cup captured the imagination of fans, players, and volleyball enthusiasts all over the world.