The Difference Between Beach Volleyball and Indoor Volleyball 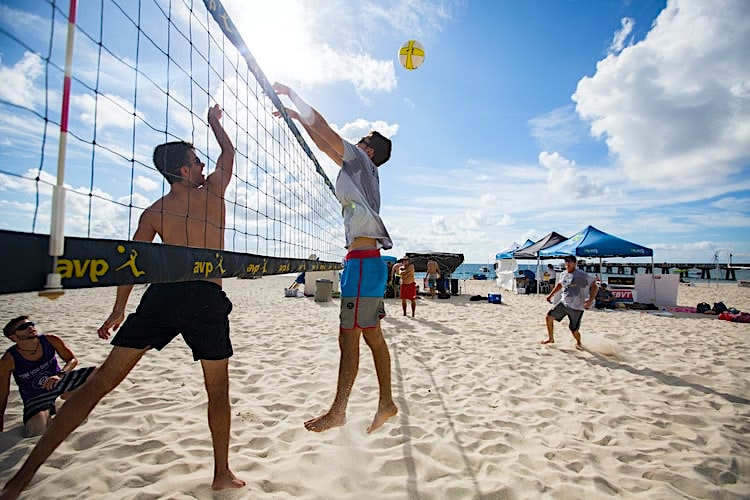 Both indoor and beach volleyball have a lot of popularity. Fans all over the world enjoy both versions of the sport to the fullest. But have you ever stopped to wonder just how different these two really are? Of course, they have a lot in common as well.

For instance, both indoor and beach volleyball sports have a single-elimination tournament much like the March Madness bracket. However, when it comes to the game itself, as well as some of the general rules, these two versions of volleyball are quite different, in fact. WIth that in mind, here are some of the major differences between beach volleyball and indoor volleyball.

In fact, the beach court is 6.5ft (2m) shorter and 3.2ft (1m) narrower than an indoor court. This gives beach volleyball players less room to maneuver but also less room for well-placed shots to remain inbounds.

There’s the difference in scoring between two versions of volleyball. That said, the indoor volleyball team has to score 25 points to win a set and they need 3 sets to win the match.

Another obvious fact is that beach volleyball is played outdoors, usually during spring or summer. Unlike indoor volleyball where you play inside and you have air conditioning, beach volleyball players have weather to contend with.

Therefore, if it rains or if it’s particularly windy outside, the match is likely to be canceled. If not, you still have a heat wave to deal with and still focus on the game itself. Playing volleyball when it’s particularly hot outside is not as fun or enjoyable as it seems.

The main reason is that you don’t have as much friction on sand as you’d have at indoor courts, so mobility is impaired for beach volleyball players. They must have the time to reach the ball on sand, which is why the balls are the same in design but different in structure.

Another obvious difference is the team size. Beach volleyball has only two players per team. However, there are no benches or substitutes.

The two must endure the entire match together. Indoor volleyball teams have six players on each side and another six waiting on the bench. Indoor teams are allowed to substitute up to 6 players per set.

There are some general rules that are different. These may be considered technicalities but they alter how the game itself is played. For instance, beach volleyball players aren’t allowed to “dink” or tip the ball over the net.

Moreover, beach players must use their palms, curled fingers or straight locked fingers to hit the ball over the net. Last but not least, double touching is much more regulated in beach volleyball. You’ll see far fewer cases of a player double touching their initial contact with the ball after a serve.

Although essentially the same, beach and indoor volleyball have their unique differences. That doesn’t change the fact that both versions of this sport are fun, exciting and very popular all over the world.