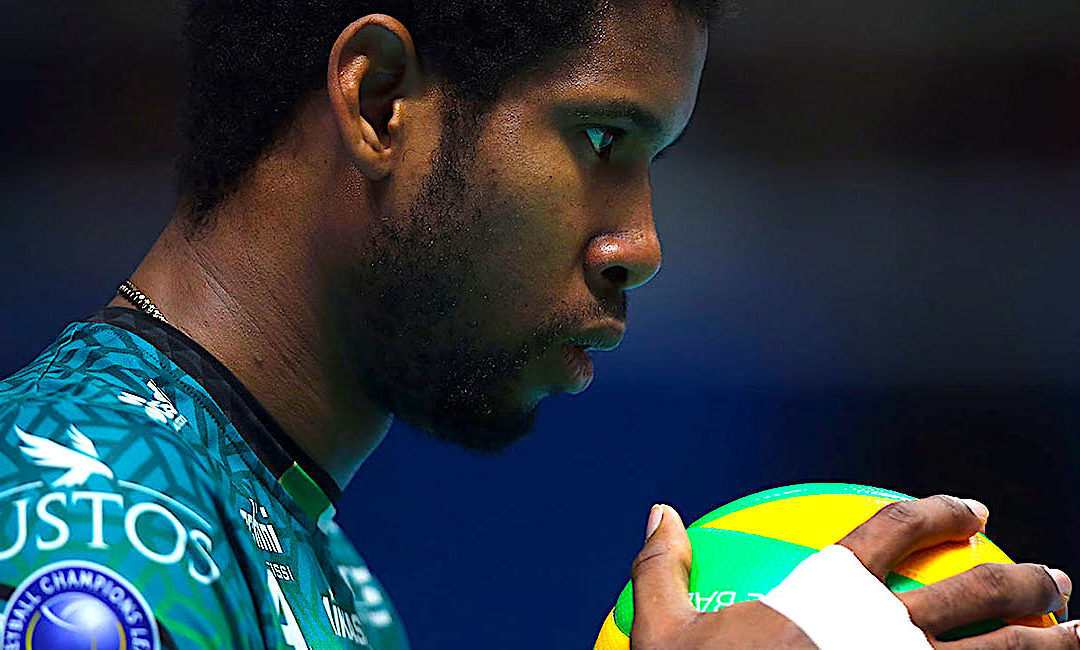 Have you ever wondered who the best male volleyball player is in the world? Well you are about to find out! We ranked the top 4 players in the world.

Who Are the Best Male Volleyball Players in the World?

Did you know volleyball is one of the world’s most popular sports? There are an estimated 800 million players worldwide! With so many talented players out there we decided to rank the top 4 male volleyball players on the planet. Check out our rankings below. To watch these players in action and gamble on their games, bet at gg.bet!

The number 1 rated male volleyball player in the world is Maxim Mikhaylov. The 34 year old opposite hitter plays for Zenit Kazan and plays in the Super League. The Russian has had an amazing run at Zenit Kazan winning multiple national titles, the Champions League and even Club World Championship in 2017.
Maxim Mikhaylov is also a 3 time Olympic medal winner. He has won every color after taking gold in 2012, bronze in 2008 and silver in 2020. There isn’t a tournament this talented Russian hasn’t won.
Maxim Mikhaylov is known for his incredible serve. His serve is unbelievably powerful but at the same time efficient. The Zenit Kazan is a fantastic athlete and effortlessly leaps into the air and regularly delivers 100 km per hour + spikes. Tune into Zenit Kazan’s next game to watch the big Russian rack up some points!

Wilfredo Leon is a freak athlete! This Cuban star can do things on the court most mortals can only dream of doing. Leon currently plays for Sir Safety Perugia after stints at Zenit Kazan and Al Rayyan. He stands at 6ft 8 and weighs 212 pounds. He is known for his crazy explosiveness and sky high hops.
Wilfredo Leon is an amazing server. He is famous for his high number of aces and ridiculous serve speed which has reached over 130 km per hour! When he is not serving aces he is finishing his teams attacks with frightening spikes.
When Leon is not tearing it up for Sir Safety Perugia he plays for the Polish national team after becoming a citizen in 2017. He led the Polish national team to a silver medal at the 2019 World Cup. Leon is an unbelievable athlete and absolute joy to watch on the court, he needs to be seen to be believed!

Osmany Juantorena is a Cuban-born Italian superstar! He has been a pro since 1997 and is still out on the court teaching the youngsters a thing or two about the game. He currently plays for the Italian side Cucine Lube Civitanova and has played for them since 2015.
Osmany Juantorena is a skillful outside hitter who started playing as a child in the Cuba volleyball system. He only continued to get better once he arrived in Italy. He is a fantastic server and is known for his ferocious competitive streak. You better get out of the way when he spikes the ball!
In 2016 he led the Italian national team to a silver medal at the Olympics. Osmany Juantorena has won nearly every major tournament, from the Italian national league to the Champions League to the FIVB Club World Championship. He has had an exceptionally long and storied career and is still one of the best players in the world despite being 37 years old.

You can’t have a list of the top male volleyball players in the world and leave out Wallace de Souza! The Brazilian is 6 ft 6 and weighs 190 pounds. He currently plays for Sada Cruzeiro Vôlei and the Brazilian national team. He has also had stints at Vôlei Taubaté, Sada Cruzeiro and Spor Toto.
In 2016 he led the Brazilian national team to a gold medal during their home Olympics. He played incredibly well during the whole tournament and was voted the best opposite striker in the Olympics.
Wallace de Souza has won numerous national titles with Sada Cruzeiro and even a Turkish title with Spor Toto. He is a massive reason for the success of the Brazilian national side and, despite being 35 years old, does not look like slowing down yet. It is always exciting when de Souza plays as he brings an infectious energy to matches, and watching him leap in the air is an incredible sight!

So there you have it, Maxim Mikhaylov is the number 1 rated male volleyball player in the world. The big Russian has won everything you can think of, from Olympic gold medals to club world championships. When he retires, he will go down as an all-time great!