Volleyball Nations League Is Here Again, and the Road to Finals Is Starting 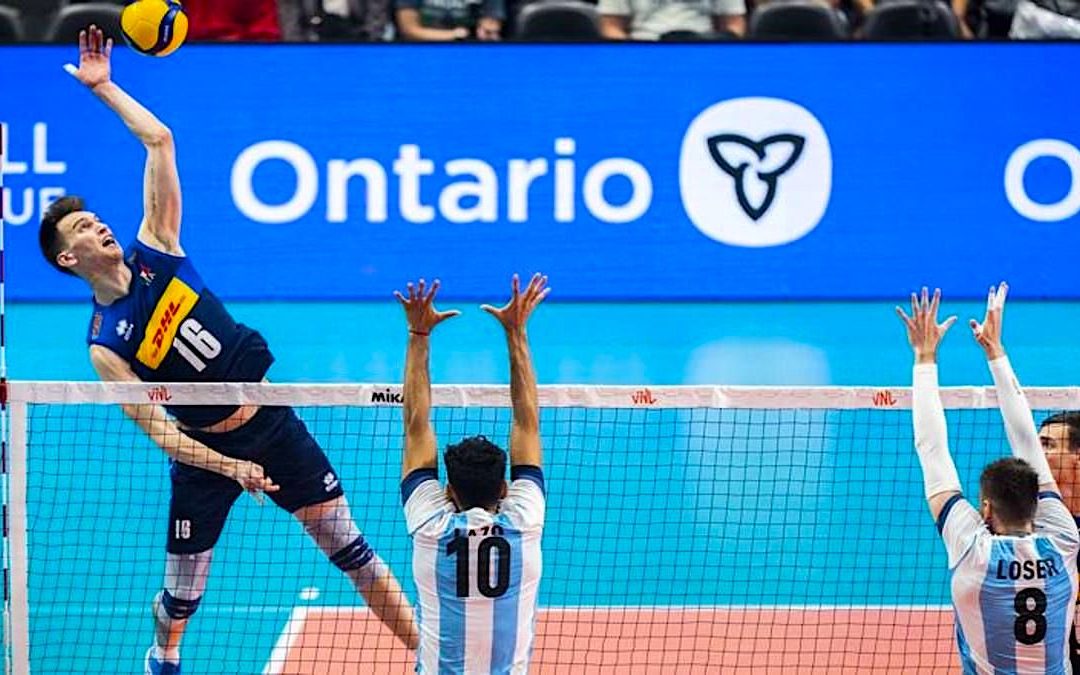 This year’s Volleyball Nations League is one of the most significant events for the worldwide sports industry. Volleyball enthusiasts sit on the edge of their seats, paying close attention to their favorite team, as any national team can take the trophy home.

Although some teams carry the title of the best national team for many years, while others are ready to put a lot of effort into winning the trophy, we can only wait and see who the inevitable winner of this year’s Volleyball Nations League will be.

If you’re a volleyball fan wanting to keep up with the latest news about the VNL, keep reading this article as you may find out which teams are on their way to the finals and potentially bound to win the league!

Before we lure you into the crucial information about the results, we should cover the essential things you need to know about this year’s Volleyball Nations League.

You’re probably searching for the best stream available to help you watch it. However, summer is the ideal time for traveling abroad, and you might notice that your usual access is no longer available. For this purpose, use a VPN for PC to ensure access to the content you wish to see. That includes intense volleyball events or might relate to various premieres on streaming platforms. Luckily, a Virtual Private Network helps with it all!

Now that you have guaranteed access to all the action, we give you everything you need to know about this year’s VNL.

This year, 16 teams will compete for the best national volleyball team in men’s and women’s categories. The league takes place at six venues for the preliminary round, while the finals will take place in Ankara, Turkey (women), and Bologna, Italy (men).

What will VNL bring?

The rules for the Volleyball National League are simple – 16 teams get divided into four pools of four teams. They compete in a round-robin concept of the tournament for five weeks straight, which results in 120 matches in total.

Afterward, the top six teams play quarterfinals in a round-robin format through two pools of three teams. Two best-qualified teams in every pool qualify for the semi-final round, competing against teams that rank second.

Finally, the semi-final round winners compete against each other in the final round, where they fight for the national volleyball league title. The winner should have the most won matches and the highest point and set ratio.

What do we know so far?

As of now, the scoreboard for women’s VNL is bound to change. When writing this article, Japan takes the first place, with Thailand and China standing in second and third places.

Although Turkey, Serbia, and Brazil (which score below the first three teams in that order) have the same number of points and won matches, we can see a clear difference in point and set ratio for the preliminary round.

Nevertheless, the scoreboard can quickly change depending on future preliminary rounds. Although some teams may win more matches, they may take lower places due to the overall score throughout the tournament.

Which teams are most likely to win?

Although we’ve witnessed various teams winning the tournament in the last four years, it’s still difficult to assume which national team will take the title in both gender categories. Some teams have won the most matches so far, but others score higher due to their set and point ratio.

We should also keep in mind that the women’s league started earlier, and we can already get a rough idea about which team can potentially take the trophy. Right now, Japan has the highest chance of winning, although anything can happen in the following rounds.

As for the men’s category, it’s too early to make assumptions as the tournament has just started. The United States currently stands as the best team on the scoreboard. However, the ranking can easily change.

Right now, volleyball fans sit on the edge of their seats, cheering for their national teams. Since the Volleyball Nations League has been around for only four years, we can’t know who will win the finals.

However, past results can have nothing to do with what can happen in the future, as some teams have worked harder than others. Nevertheless, we can only be sure that the winning team will be the one with the best technique, strength, and focus.

As it may seem that we can already assume the winner of this year’s VNL tournament for both genders, it’s inevitable that anything can happen, especially in the final rounds. Therefore, we can only wait and see which teams will take the trophy home this year.