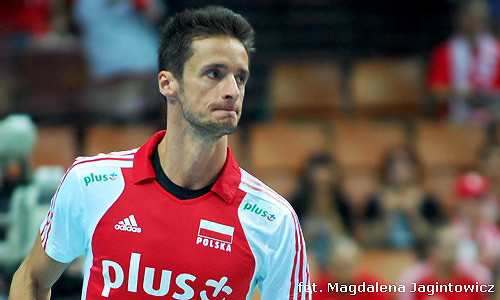 Volleyball fans know how much Hubert Jerzy Wagner had done for this sport in Poland in ‘70s, when his team won Olympic Games. Now Andrea Anastasi can do the same in London with new, strong and talented group of players.

Maybe some older fans can remember gold Wagner’s team from Olympic Games in 1976 in Montreal. There were another important person too – it’s an assistant of legendary Hubert Jerzy Wagner, Andrzej Warych, who was told to being not just a little help for this amazing coach, but big and reputable part of the team. Then, with diffrent rules of the game but the same entanglement and hard working, they have done something wonderful for polish team sport – gold medal. Now, after all these years we can feel an atmosphere of something mutual, because current team is very good and it gives a hope for next wonderful volleyball show.

– Everything has changed since that day in Montreal. Just to give you an idea, there was no libero player, the rally point system did not exist, the matches were much longer since you could claim a point exclusively on your serve, there were no antennas and the block was counted as first of the three touches making it very difficult for the setter to prepare the next attack with the right composure and necessary accuracy.

He emphasises that present sport is focused on idiosyncratic players and parts of the game.

– Additionally, the players you see in action nowadays are very specialized: they play almost exclusively in one position while back then in Montreal our guys were supposed to be able to do a little bit of everything. Anyway, every sport naturally goes through a process of continuous evolution and development, and volleyball is not any exception to this rule.

It doesn’t matter that Olympic Games in Montreals were so many years ago. Warych asked about these times is still very emotional.

– Well, I still feel like it happened yesterday, that attack sent into the net by our Soviet opponents, and our overwhelming happiness and emotion. I still get goose bumps”. Together with Wagner, Warych was responsible for working out combinations and other drills that literally revolutionized volleyball. Tomasz Wojtowicz was probably one of the first players who started attacking from the back row, something which has become quite ordinary in these days.

Now, all eyes are concentrated on current Andrea Anastasi’s team. They are present and future of polish Volleyball. After triumph in World League they are known as one of the most dangerous teams in the world. But.. Are they good enough to get medal in London?

– We lost to Bulgaria two days ago, quite surprisingly, but this does not compromise our chances in the tournament. This is a very long competition and I am confident we can make it to the top four and be part of the show whereby the medals will be finally assigned.