Benjamin Toniutti: We are Team Yavbou, we don’t feel pressure 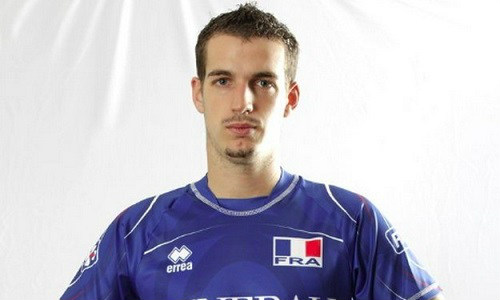 After a great tournament in Berlin for an Olympic Quota the French National team got second place and still has a chance to go to the Olympic Games in Rio de Janeiro –  We played good and nice, it was a good volleyball to watch and this is the only important thing for us and our fans – said after the tournament the French setter, Benjamin Toniutti.

In the first stage of the Tournament  Russia played with Kliuka and Tetyukhin while in the final match the  most time played Markin and Berezhko. Was Sbornaya with this two receivers  harder to beat?

Benjamin Toniutti: Well, we don’t know these players  as good as Kliuka and Tetyukhin, so we didn’t know how to block and defend. We found some solutions, but we couldn’t put them under  pressure by the service, they received very well. There was also Maxim Mikhaylov, who had a really stunning game, he was just unstoppable.

The players around Alekno were really good at block in the final. Was it hard for you to find a leader in spike in this game?

– All games till semifinals were easy for me as a setter because Antonin Rouzier and Earvin Ngapeth were awesome in attack. In the final game Russians raised the bar and we didn’t find a solution on how to beat them. I think that it was a really good tournament for us at all and I’m happy that we still have a chance for an Olympic quota.

In one of his song Drake sings „started from the bottom, now we here”. It’s a little bit like the story of your team- last year you started in second stage of World League, and then you won this competition and also get a gold medal in European Championship. Do you feel pressure for good results right now?

– We are Team Yavbou, we don’t feel pressure. We just played good and nice, it was a good volleyball to watch and this is only important thing for us and our fans.

Coach Alekno said that you come in for every game like you were to  go to the club for a party. What is reason for this behavior of yours? Is it because the team is really young or because of your mentality?

– (laughs) Definitely it’s about our mentality. As I said, we are Team Yavbou, and this is our strong side, we will never change that.

Last season you had some problems with playing in Zenit, cause you couldn’t play for them in Champions League. Right now you are playing awesome season in ZAKSA.  Might this be helpful for you in order to keep in good shape for the competitions with national team?

– Yes, for sure. It’s important to play a lot of games in a strong league in order to be in a good shape for the national team. In ZAKSA we have a  great coach, a great team and a great atmosphere. PlusLiga is really strong, I’m really happy that I’m playing in Poland. Right now we are on the top of  the league table and I will do everything to win PlusLiga with ZAKSA. Such good plays in the club give me a lot of confidence.

In 2009 when France won silver in the European Championship Romain Vadeleux said that you had a great team, but French people weren’t interested in their success. Has the situation changed for better now?

–  Yes, because right now in France you can see our games in public TV, so much more people are watching it. I hope that volleyball will get even more popular than now . And this, we get the  Olympic quota.