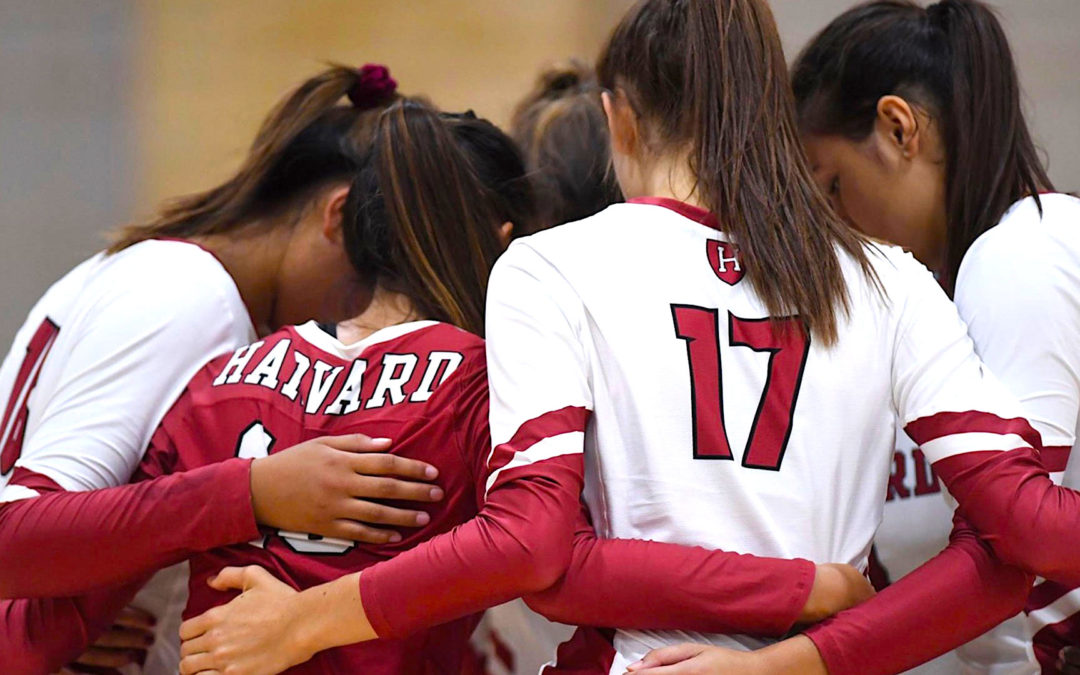 The world of sports is filled with inspiring stories and volleyball is certainly no stranger to the motivational tale. This particular one is centered on Julia Beckmann and her injury struggles.

Beckman, a former senior outside attacker on the Harvard women’s volleyball program, was named captain in January on the back of surgery on a torn labrum. The 6ft 2in player was unfortunate in that she was unable to have physical therapy following her operation due to COVID-19 restrictions. That made playing volleyball a very painful affair and she was ultimately forced to retire as a knee injury caused by overuse also piled on.

“I almost felt like the decision was kind of made for me,” she lamented, via Thecrimson.com. “I did everything I could for my shoulder and pretty much exhausted my resources.”

Despite her medical retirement, Beckmann decided to remain on the team as a co-captain as she simply couldn’t walk away from the program completely.

“I already knew there’s no way I want to leave my team,” the New York native explained. “I’ve spent so much time with them, and they’ve been the heart and soul of my time at Harvard, so I wanted to be as involved as humanly possible.”

Team head coach Jennifer Weiss had every confidence Julia would be able to step up and do what was needed of her amid the difficulties of the transition to an off-court leader from one who was used to doing such a job on the court.

“It takes a special person to be able to adapt into that role, and I think she’s just done a tremendous job with it and is well respected by her peers, so she’s doing a great job,” the coach remarked.

Aside from the decision to retire itself, Beckmann was also faced with the challenge of breaking the news to Weiss and admitted being nervous about it. Weiss’s response was as positive as someone hoping for support could hope for and the team’s reaction mirrored the coach’s when they were informed.

“I am so appreciative of her response,” she said. “She [Weiss] said, ‘What does this mean for you life-wise?’ She really cares about us as individuals.”

“They were all crazy supportive and understanding and treated me absolutely no different,” Beckmann said of her teammates’. “I couldn’t be more grateful for everyone’s reaction and response to it.”

Beckmann, a member of the Student Athletic Advisory Committee and also the chief marketing officer of the Harvard women’s program, was always pretty athletic and tried out various sports while growing up. She dabbled in soccer, basketball, swimming and archery but none of those stuck. She fell in love with volleyball at the age of 12 and let her parents know it during her first tryout. This is no surprise considering volleyball is a favorite for many people and fans will be pleased to know that volleyball and more sports betting are coming soon to Louisiana.

Beckmann would drop all other sports to focus all of her time and energy on volleyball. She drew attention from the varsity volleyball coach at her high school while she was only in seventh grade. The coach had to jump through several hoops with the athletic department at Garden City, N.Y but was able to get the middle schooler to play high school volleyball in what was an unprecedented move.

Those hoops included Julia performing several physical activities in order to prove she was good enough to play alongside the older kids. Running a mile and holding a pull-up for 30 seconds were among the challenges thrown her way.

She spent six years on the varsity program and became captain after three years.

“I think that helped maturity and learning-wise hugely for me because I was leading players that were older than me, but I think it gave me a lot of confidence in my abilities,” Beckmann said. “I think you just mentally become a much stronger player when you have people relying on you.”

The transition to Harvard wasn’t an easy one as she was made to deal with injuries while her role was not what she was used to at high school.

“I had never really sat [on] the bench before,” she noted. “But I’m really grateful for that time because I think I learned a ton.”

Medical retirement has been an even bigger adjustment but she did have an example to look to, having drawn inspiration from Michaela Dews, who was appointed as the program’s captain only to be forced to retire due to injury. Dews remained on as captain under Weiss and, where Beckmann is concerned, it was great knowing someone had done it before.