Retirement Isn’t an Option for These World Volleyball Veterans 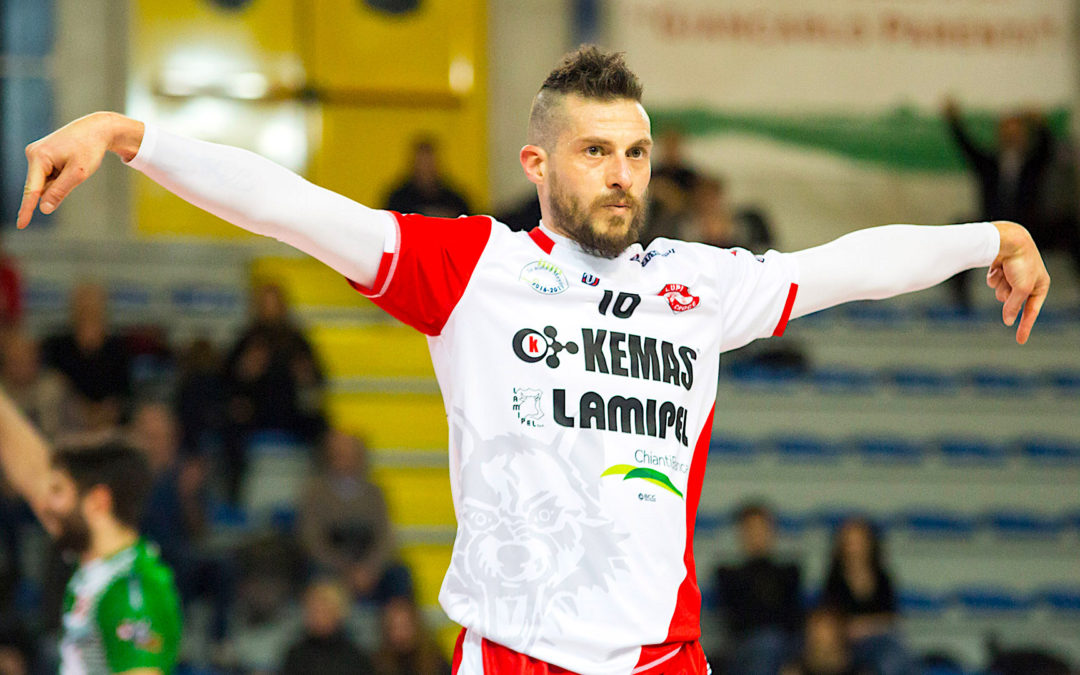 Digging through the transfers of volleyball players across the world prior to the ongoing season, one thing turned out to be very interesting. The veterans, even those who are already well into their 40s and among whom there are some really famous names, have decided that they have not yet come to the end of their careers.

Perhaps the premature ending of the last season due to the Covid-19 pandemic is the reason why these players are still eager to compete. Maybe it is something else. Only they know the answer. Some of these players in question – that will keep on spreading their knowledge and experience on the teams they strengthened – are listed below…

A former Italy National Team member reactivated his career after two years. The last club for which a two-time Best Setter of the CEV Champions League (2006 and 2012) performed prior to the retirement was the fourth division side in his home country, Saber Volo Palermo, in 2018/19. Now, he joined the third division side in Italy, Sistemia LCT Saturnia Aci Castello, for 2020/21.

Vermiglio was one of the best setters in the Old Continent in the first decade of the 2000s. Apart from the above-mentioned individual awards, a player who turned 44 last March had a lot of successes with the ‘Azzurri’, winning CEV EuroVolley two times (2003 and 2005) and FIVB World League one time (1999).

The Cuban-Italian player pulled off a little miracle by appearing on the court in the current season. And not only because of her age – she is 43 – but also because of the fact that, a year ago, Agüero ruptured her Achilles tendon. Such an injury has a capacity to put careers, even of athletes who are physically well-prepared and young, to an end.

However, a two-time consecutive Olympic champion (1996 and 2000) and a one-time FIVB World Championship winner (1998) with the Cuba National Team, as well as a two-time CEV EuroVolley winner with Italy (2007 – named MVP and 2009), managed to recover and start competing again. Her club, Exacer Montale (Italian second division), stood by her the whole time.

He is 43 but still does not plan to stop commanding attacks of professional volleyball teams. For the first time since the very beginning of his career, Brazilian Marlon Yared will not be playing in any of the top divisions. One of the world’s best setters in the first decade of the 2000s – the world champion in 2010 and a two-time FIVB World League winner (2009 and 2010) with the ‘Seleção’ – was to join third division side in his home country, Fera/IFF/Vôlei Campos. However, the transfer wasn’t completed and Marlon moved to a club that competes in a higher rank (second division), Unimed/Aero.

If Sesc-RJ haven did not cease to exist last year, maybe Marlon would have continued playing in the top division…

One of the pillars of the Italy National Team (with whom he won CEV EuroVolley on two occasions – IN 2003 and 2005) at the beginning of this century, Matej Cernic, is still active even though he has turned 42 years old.

The club participating in the fifth rank of Italian volleyball, Volley Club Grottaglie, decided to hire the outside hitter who collected as many as 300 appearances in the famous SuperLega for whose matches this season you can find some of the best sportsbook free bets at Bookmaker-Expert.com on which bookmakers that have volleyball in their offer are reviewed.

Many thought that the Cuban-Italian will end his career after he left Portuguese Sporting Clube Portugal last summer. However, one of the world’s most respected opposite hitters in the 1990s has joined the third division side in Italy, Med Store Macerata.

Dennis was one of several Cuban players who defected his home country at the beginning of the 21st century. And just like many, he has chosen Italy, whose citizenship he received later on, as his new destination. However, Dennis achieved the best results in his career while wearing the jersey of Cuba. He won, among other major tournaments, the 1998 FIVB World League and two NORCECA Championships (1997 and 2001 – awarded MVP).

The youngest of the players on this list, and another Cuban volleyball legend, will keep on competing on the highest level. A 41-year-old outside hitter has signed with multiple Libyan champions Asswehly for 2020/21. As you can see, Marshall (2001 NORCECA Championship winner with Cuba) is the only player on this list that went on playing in the top division.