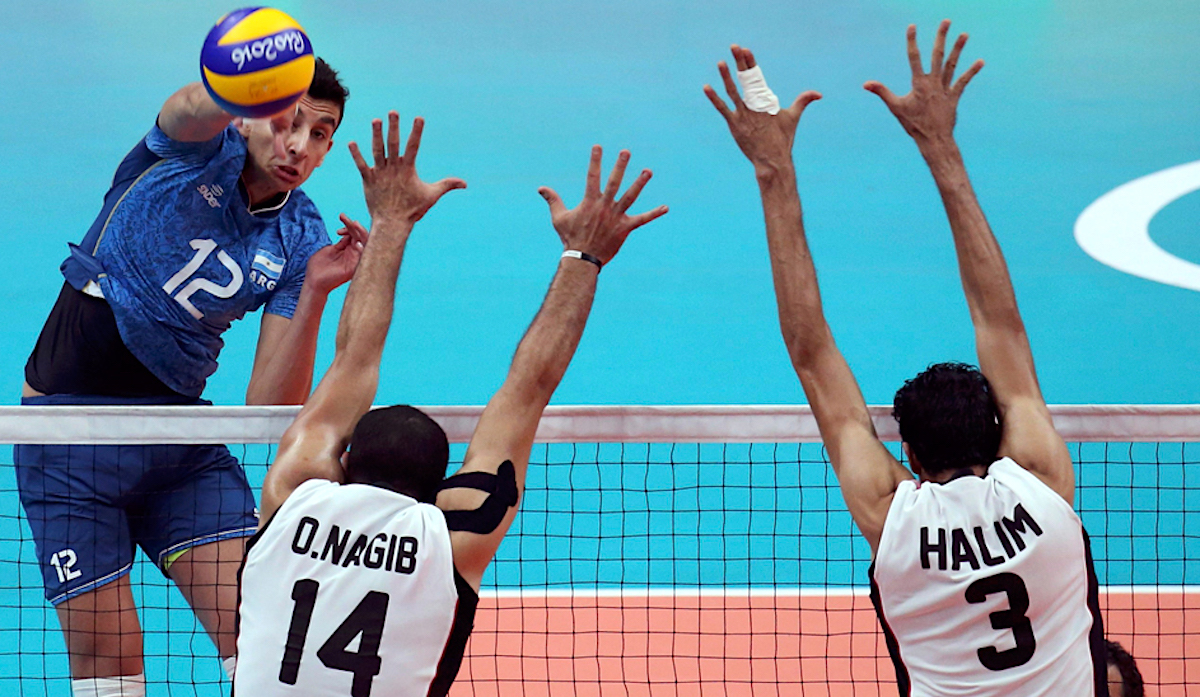 The World League is often a place where talented youngsters lead a maiden battle as part of their national teams. The 2016 edition was no exception and saw a 20-year-old Argentinian boy find his spot in the international elite.

The legendary Julio Velasco, undoubtedly one of the game’s greatest and an Argentinian himself, took control of his country’s senior national team in 2014 with the intention to reinforce the team’s once glorious days. The unsatisfactory 11th place at the World Championship in Poland in the same year he was appointed to his new position meant that the Argentinian volleyball was in need of both changes and a lot of work.

You could always expect something unconventional and even surprising from Velasco when it comes to exploiting a team’s assets or finding the best role for a player. Opposites had been a major issue for the national team for years, but the 20-year-old Bruno Lima, trusted by Velasco for the first time this summer, might have given the answers the coach needed. Lima used his chances well and not only was he the starting opposite for the national team during the World League but also found a place in the final Olympic selection in August.

Bruno Lima’s story started a year earlier at his club Obras. The San Juan-based team finished fourth at the end of the regular season in the domestic league and was knocked out by eventual champions and fellow citizens UPCN in the semifinal playoffs. Lima, who is an universal player and can be used both as a receiver and an opposite, had a significant contribution to the team’s great season. The youngster was also one of the league’s top scorers and his performance in the series against UPCN did not go unnoticed. Lima was the season’s revelation and was selected in the championship’s perfect team. Velasco called him up for the summer preparation and switched the youngster to an opposite, following his vision to provide more power in attack next to the star and leader Facundo Conte. As a matter of fact, Lima’s new position guaranteed him a position at the expense of his Obras teammate Jose Luis Gonzalez (opposite).

The start was not bad at all – 19 points against USA (1-3) in Rio de Janeiro. Lima’s presence was felt significantly in the games against Iran (2-3), Poland (1-3), and Russia (3-0). During the Olympics in Brazil, Lima was Argentina’s top scorer in the 3-1 win against Russia in the preliminary phase – a win that saw Argentina top the group. Their mighty neighbors from Brazil, eventual Olympic champions, terminated the Argentinian hopes of reaching the semifinals, but Bruno Lima and his teammates will surely remember the Games positively.

Technically speaking, the youngster does not stand out too much on court due to his “normal” size for modern volleyball. Bruno is a technically gifted player, however, plays a fast ball and, as already mentioned, could be used on any position in attack. His spiking technique could be improved a bit, especially when it comes to “closing” the ball with the wrist before the contact. His game reminds me a bit of another Argentinian opposite and a former national team member – Federico Pereyra, but Lima has potential to become better. He has shown great skills, plus he has gained a remarkable amount of experience this year for someone his age, so I don’t see a reason why Velasco should not continue trusting him and giving him further chances to develop. A move to Europe in a competitive league is surely a step to come.