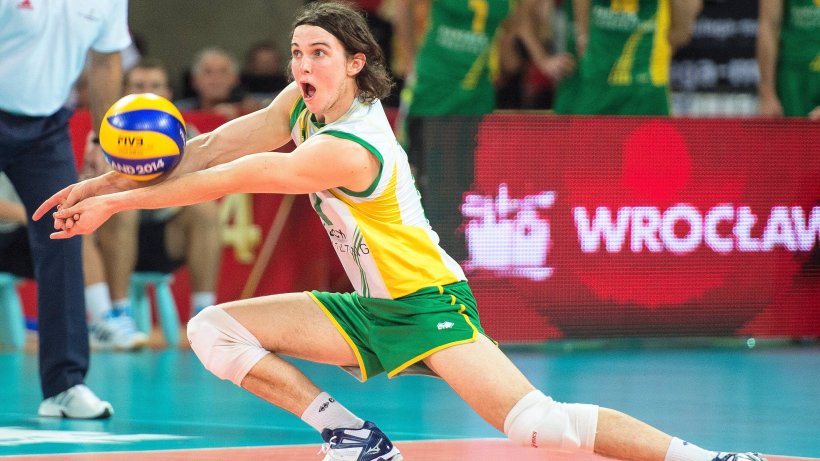 Luke Perry should not be a new name to Volleycountry readers. Berlin Recycling Volleys’ libero attracted our attention in 2014 already and now he makes it into our series as one of the best and most promising liberos in the world.

True, only about three years passed since we first posted information about the 21-year-old Australian, but a lot has happened with his game in the meantime. He was one of the ‘culprits’ for the Aussies’ impressive 5th-place finish, tied with Russia, at the FIVB World League 2014 and the ensuing promotion to Division I for the next two seasons. As we pointed out back then, it was a matter of time before the youngster, 18 at the time Australia played in the World League Finals in Rome, moved out from the Land Down Under’s training programme. A stay in Finland at Lakkapaa Rovaniemi marked his first professional steps abroad before an even more serious commitment to the German Bundesliga and the Bodensee-based side of VfB Friedrichshafen took place in 2015-2016. This year Perry changed team colors by signing with the reigning German champion from Berlin and has been performing well in the 2017 CEV Champions League.

It is, in fact, Germany where Luke Perry, in my opinion and based on my observations, came of age. He has now gathered some experience playing abroad and his game looks more consistent. Always showing spectacular agility in defence, the libero topped the rankings in perfect reception and defence after the end of the regular season. Moreover, there is a number of great, more decorated liberos and receivers behind him in those rankings.

With Berlin Recycling Volleys still in contention for all major trophies this campaign, Luke Perry is surely looking forward to adding silverware on his account.