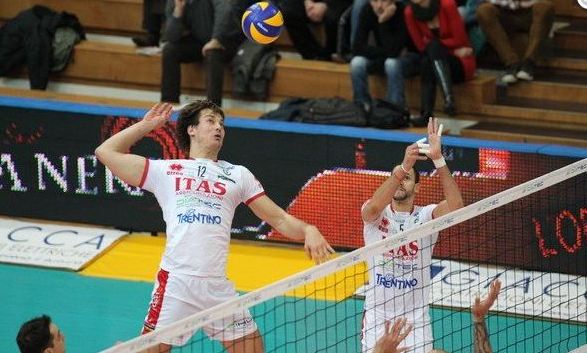 After taking Matey Kaziyski, Osmany Juantorena, and Raphael Vieira De Oliveira from Trentino Volley, Halkbank Ankara and Radostin Stoychev are continuing the deterioration of the most titled volleyball club in recent years.

We informed few days ago that Halkbank Ankara is going to employ a Cuban opposite Michael Sanches Bozhulev and team managers of  the Turkish club are trying to cancel his contract in Qatar, but it seems they did not reach the agreement because casted their nets on another player.

Halkbank Ankara’s latest acquisition is a Greek, Mitar Djuric, who have played in Trentino Volley at position no. 3 or 6 as the middle-blocker, while in Turkey, he will take place of the most offensive player, set up at position no. 4.

It would not be a new experience for Djuric as he had already played as opposite in the Greek National Team.

The departure of Djuric means that Trentino Volley needs to find a replacement for him. However, it will not be difficult task because a transfer of Sebastian Sole from Drean Bolivar (Argentina) is almost prejudged.