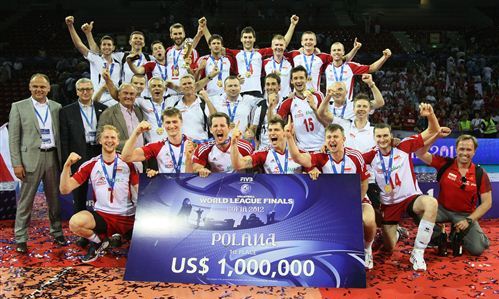 Established in 1990. The Goal of World League – bring the world’s top Men’s teams together and create a globe-trotting circuit with attractive prizes, bringing the best of volleyball to every continent.

With USD millions in prize money, the World League is the richest and most significant FIVB tournament with the world’s elite teams doing battle in a competition that draws thousands of spectators at events and millions more through television coverage.

The first edition of the Men’s World League, a revolutionary idea for team sport, with one million in USD prize money, professional organization and wide TV broadcasting in an itinerant competition reaching all corners of the world was played in Tokyo. Italy won the first one-million-dollar in front of a crowd of 10,000 spectators.