The Longest Volleyball Games in History 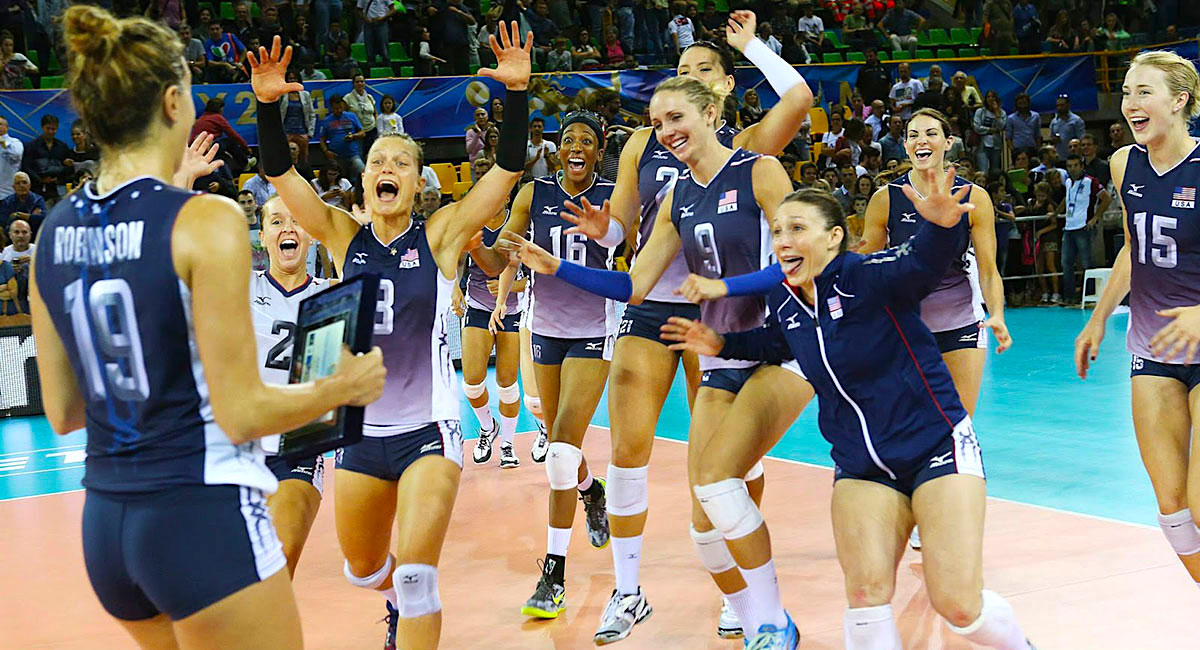 First of all let’s speak about scoring in volleyball.

How Volleyball is Scored
In casual volleyball games, it is generally played so that the first team to 15 points is the winner. However, Olympic volleyball involves the best of five sets in order to determine the winning team. The first 4 sets require the teams to play until one reaches 25 points. Further, there has to be a minimum lead of 2 points in order to be identified as the winner. There is no time limit, which means the set will continue until a team is at least at 25 points and has a 2 point advantage.

The fifth and final set is then played to 15 points, again with no time limit and a requirement that there is a minimum lead of 2 points.

With no time limit, it’s not uncommon for sets to go an hour or longer.

Some of the Longest Volleyball Games

There have been quite a few volleyball games that have gone down in history for being long. Within the Olympics, volleyball has been a part of the games for years – beach volleyball was introduced in 1992. Games were known to last two hours in some instances.

The Guinness World Record for volleyball lasted 85 hours and took place in the Netherlands in December 2011. The members of the SVU Volleybal were the ones who played the longest marathon. It involved a total of 63 matches which consisted of 338 sets as well as a total of 14,635 points total.

The longest single match involved a team from Poland and a team from Germany. It took place on a beach and lasted approximately 25 hours. The players played from Saturday all the way into Sunday morning, and the fans continue to support everyone in order to keep going.

It is not always easy to get a 2-point lead over the competition, which is why many volleyball games will go on for more than two hours. While there are breaks between set you try TitanBet.

Professional volleyball is played in many competitions throughout the year, every year, even when there isn’t a Summer Olympics going on. The countries that have the best team include Brazil, Italy, the United States, China, Russia, and Germany. During summer you will have chance to follow FIVB World League and World Grand Prix. There will be many long games.

If you love watching top teams and their volleyball battles and find yourself to be somewhat of an expert, you might also want to try sports betting.