Arto Hanni: I Want That Clubs and Players Trust Me 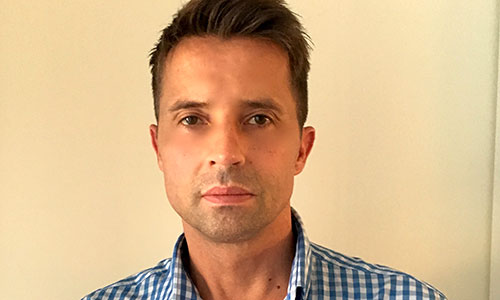 After many years on court as a brain of many teams Arto Hanni, Finnish setter, became volleyball agent. I asked him few questions about him and his new volleyball job.

You transformed from professional volleyball player to an agent of players? Why did you choose to continue with volleyball this way?
First of all I love the game and I thought, I am going to be good at it. At my volleyball career I have seen so many situations where the players are treated badly. Somehow the sport world is changed to be all about money and players side has been forgotten. I want to change this. I want that players and clubs can trust me and see me as honest person and I expect the same honesty from their side. There are also many people, who doesn’t have a clue of the game, but still act like they know everything, even if they haven’t played one second of volleyball. I think, I can help players also from volleyball aspect as i have been playing so many years.

As an agent you need to have other skills than player. Which skills are the most important for you?
I guess, in this job the most important thing is to get trust. I have always thought I am honest person and this is what I want the people who I work with to understand. Also the communication and caring are important.

You are in women’s volleyball market. Where do you focus, you prefer some countries?
I want in my roster players, who are pleasure to work with. With this I mean, that the player has to have ambition,  want to improve and has a quality to be good professional player. There are no countries, I wouldn’t like to work with. The players desire is giving me the direction to which countries we are focusing.

Why the female players who are searching for a new agent should choose you?
I have been playing the game in so many countries for so many years and with my own experience and connections, I can see the volleyball from the players point of view. I don’t want to give any empty promises for the player, I tell directly how the things are. I have always been a person who want to be the best in everything what I do, being an agent is no exception, I want to be the best 🙂

What do you think that volleyball needs? Imagine you are a god, you can do anything 🙂
I think it needs more people who has passion for the game. People who have played the game and understands it. Like in many federations, there are people deciding who are not really thinking the game from the players point of view. First should come the athlete and then behind, everything else. The hierarchy is upside down at this moment. I would like to see more ex professional players in body of representatives. I would make volleyball number one sport in the world, it deserves to be in the number one spot.