Volleyball agents | What They Do? How Can They Help You? 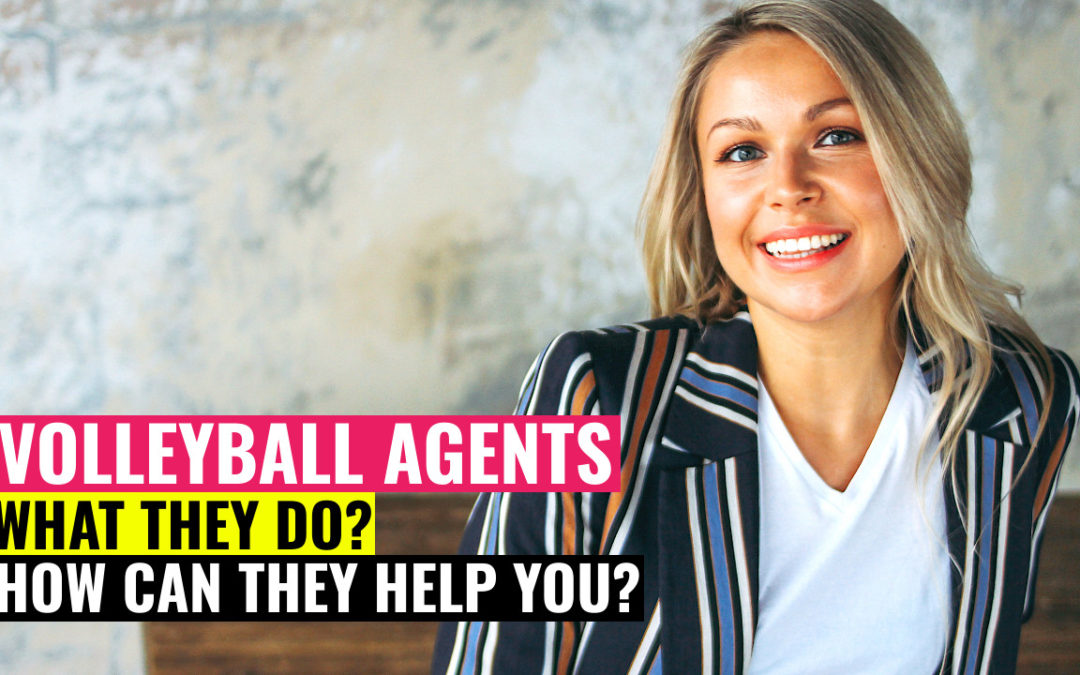 I have spent over fifteen years in professional volleyball. I’ve gotten to know many volleyball agents, and I want to share some insider information for any players considering using the services of volleyball agents. Let’s take a look at what the job of a volleyball agent is, who they are, what they do, how they work and what % they take.

Who is a volleyball agent?

Wikipedia: A volleyball agent or sports agent procures and negotiates employment and endorsement contracts for volleyball players. Agents are responsible for communications with team owners, managers and coaches. Primarily, agents are used to broker and negotiate contracts for their clients. Also, they are responsible for making recommendations regarding the athlete’s options. In addition to finding income sources, agents often handle public relations matters for their clients.

Other skills an agent must possess are excellent communication and negotiation skills. Agents must be highly motivated, willing to work long hours, and have the ability to multitask. It is very common for agents to be in negotiations on behalf of several clients at one time.

A solid volleyball agent should have some knowledge, not just negotiate a contract for their players. Ideally, he should be licensed by the FIVB to officially represent players and negotiate on their behalf with clubs. Therefore, in order to receive a license, he must meet the International Volleyball Federation’s requirements, I will go into this in more detail in another video.

The work of a volleyball agent

The main job of a volleyball agent is to secure work for his players, a contract at a professional club. Therefore, in order for an agent to get you a club, he needs to have contacts in several countries. He needs to know the managers and presidents of the volleyball clubs; he should communicate with them regularly and find out their needs. Agents therefore travel the world, watch their players play, arrange contract extensions or change clubs when a player or club no longer wishes to work together.
Of course, the job of an agent is not easy. Sometimes it is not easy to negotiate acceptable terms for both the club and the player. But that’s why a volleyball agent must have excellent communication skills, look for ways to satisfy his client – the player and at the same time meet the club expectations. Because he can negotiate contracts for several players to the club and wants to work with clubs for a longer time. Therefore, he looks for a balance between the players’ wishes and the clubs’ possibilities.

Volleyball agents often form volleyball agencies, agencies with two or more agents. This is advantageous for the agents, a single agent cannot manage to offer dozens of players worldwide, so the agents form agencies, dividing the market and the players they represent.
For example, in an agency with two agents, one can take care of the male player, the other the female. Or one agent will be a specialist in the Russian and Turkish market. The other has excellent relationships in South America, and the third can be a great talent scout. Working with a volleyball agency also has its advantages for the player himself, the agency can offer more services than the agent.

Due to the length and complexity of contracts, many sports agencies have lawyers and other specialists. Agencies should know and give advices to their clients about finance, business management, and financial and risk analysis, as well as sports development.

Agencies offer the basis of their services publicly through websites, as do agents. Their website then lists the players that the agency represents. A short description of the services they offer, the countries and clubs they have got their players to. Agents and agencies are also active on social media, where they brag about signing their players or signing a new contract with a volleyball star.

The non-public work of agents

However, the vast majority of the work of agents or agencies you won’t see. It is non-public. These are usually dozens of phone calls a day. Lots of traveling and interacting with presidents and managers at business lunches and dinners.

Imagine if you were an agent and you had a meeting with the president of Trentino Volley, Diego Mosna. You sit with him over a cup of excellent Italian coffee just outside the Italian Dolomites and offer him an excellent setter, Benjamin Toniutti. At the meeting, you’d take a picture with the president and post it proudly on Facebook. Today, I had a pleasant meeting with the great Trentino President Diego Mosna. We talked about the new acquisition at the setter position. We are on track to have Benjamin Toniutti playing for Trentino Volley for the next two seasons.

As soon as you publish this post on Facebook, your competitors, other agents, would immediately find out what you are doing, who you are offering to Trentino. And Mr. Mosna would have several calls from agents offering other great setters in no time. Setters who would be a better choice for Trentino in the eyes of other agents than the French setter number one. And you probably wouldn’t like it if someone beat you and Trentino signed another setter.

That’s why most agents’ work and negotiations are non-public, they can’t publish or talk about everything publicly when negotiating contracts. Of course, if a contract is signed, every agent is happy to brag about it. But you don’t get much specific information from agents before signing a contract, which is perfectly logical, they are protecting their interests and money.

How much will an agent cost you?

When we talk about what an agent has to do to negotiate the signing of a contract between a player and a club, it’s important to know what percentage of the contract the agent’s work costs.

In volleyball, there are no limits on how much % a volleyball agent should ask for at least or at most. But you can expect them to ask for at least 5% of the value of your annual contract for their work. After all, volleyball isn’t football or basketball, where top players’ contracts are in the upper millions of dollars per season. Rather, expect 5% to be the lower limit and the agent to take around 10% of the player’s annual salary.

Anyway, if the agent wants 20 percent or more. This is not a standard approach, and you should not work with such an agent. I’ve even known an agent who arranged a top national team player to sign with a rich club and when they asked the player at the end of the season if she would stay with their club since they were happy with her performance. The player replied, I would love to stay here, but because I am only getting this money, say $100,000, I can’t stay. The club was surprised because they were sending double the amount to the agent, with the understanding that the agent was supposed to pay this money to the player.

However, this agent, I can’t name him, kept 50% of the player’s salary. Half of her salary. You can imagine how this information impressed the player, she immediately stopped working with the agent and signed a contract with the same club for double the amount she was getting before.

How to choose an agent?

That’s why you need to be careful when choosing the right agent. There are two ways to get a volleyball agent. First, you can approach the agent yourself, send him your CV including your achievements, videos of your matches and your physical disposition. On the other hand, count on the fact that if you play great volleyball in the highest competition in your country, or if you play for the national team at an international event, agents will start to take an interest in you. They will start offering you their services, they will want to sign you to a longer-term contract. Because you’re in this situation for the first time, it’s hard to decide.

Every agent will promise you great service, how he will take care of you, what great contracts he has secured for his players. Sometimes he will paint you a future where he will guarantee you extraordinary income. But not all agents will then deliver on their promises, not all agents are reputable. That’s why I recommend finding out from the agent what players he represents. Then contact two or three of his players via social media or give them a call. Ask about their satisfaction with the agent. After all, this is a multi-year contract signing, and it’s a good idea to find out how satisfied the current players are with the agent. Also, be sure to give preference to agents who are FIVB licensed. You can find a list of FIVB licensed agents on the International Volleyball Federation website.

So, that’s the basic information about volleyball agents, their work, what to expect from them.  I will come back to them in the following videos.