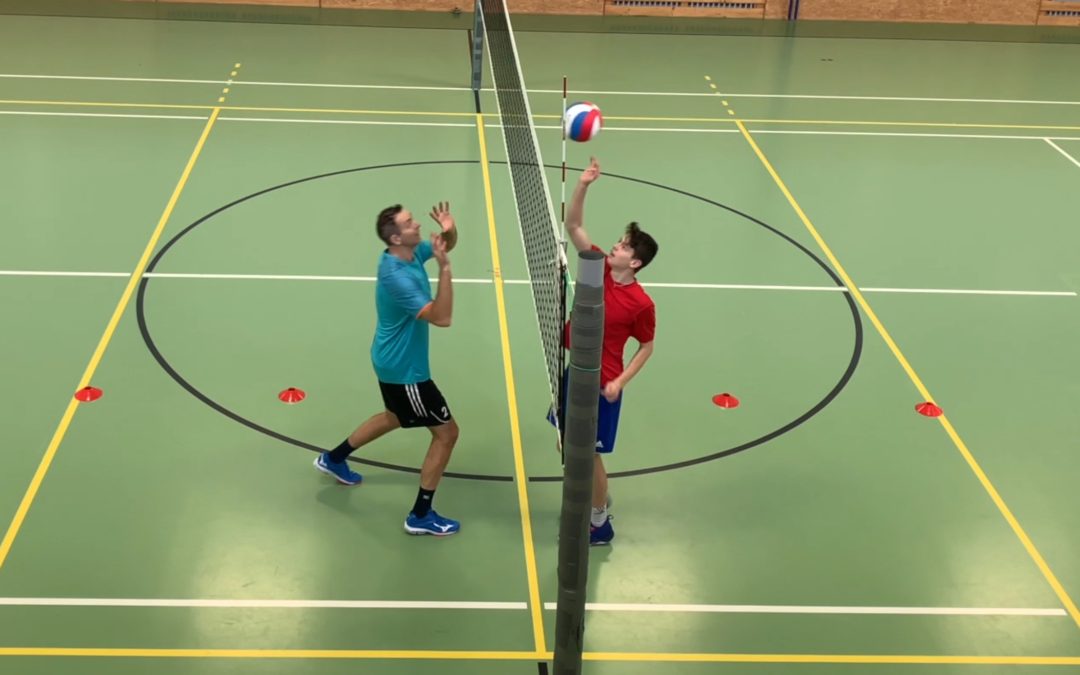 Volleyball doesn’t just have to be played in the classic six-on-six teams, but even two players can play several fun volleyball games. And 3 inspirational forms of one-on-one game I’ll show you in this video.

Whenever I have the opportunity I like to compare my volleyball skills with other players or with my son. I like to play some of the non-traditional games that volleyball has to offer and that I have learned about in my volleyball career. I’m sure you love to compete too, which is why I have these three simple, but sometimes quite physically and mentally challenging volleyball games for you to play all year long, not just during volleyball season. You can also play them outdoors in the summer on any harder surface.