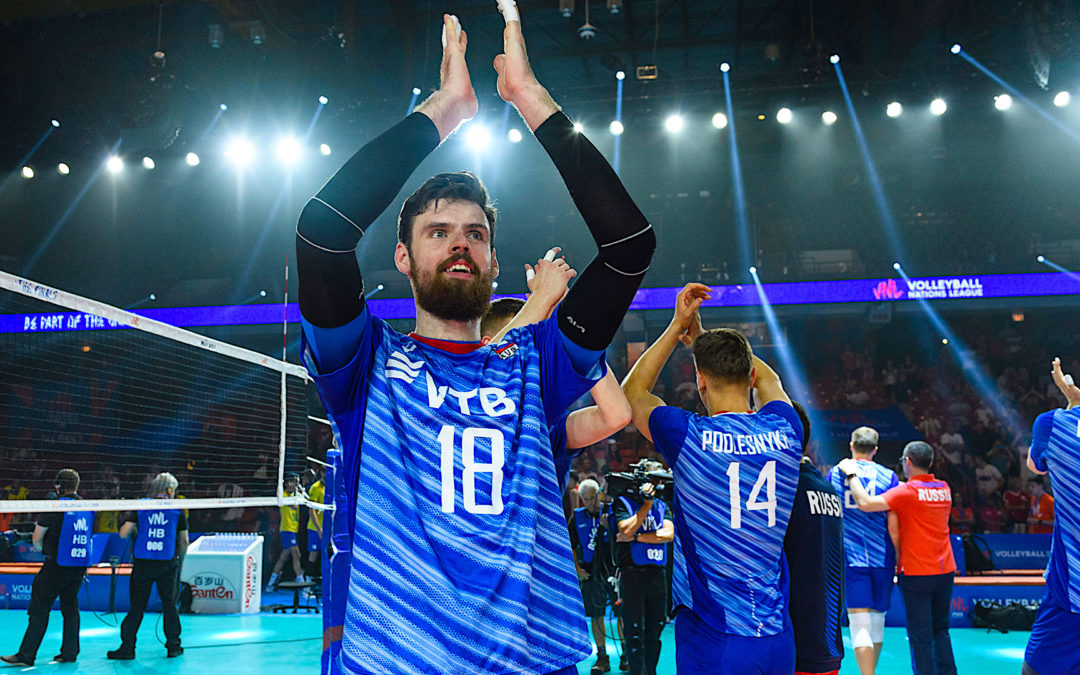 The Men’s European Championship is about to begin and everyone is eager to show their strength and win it. Of course, Russia comes in as favorites since they won numerous titles in Europe, and they are labeled as one of the best teams in the world.

North Macedonia is the underdog in this game, but since their team can cause a lot of problems and this is just the start of the Championship, anything is possible. After all, this is an elite competition and every team is hungry for the title.

With the increase of volleyball’s popularity in the world, the sport has definitely risen and evolved a lot in recent years. The Russian national volleyball team is one of the most successful in history. They previously competed under the name of USSR. After the Soviet Union collapsed, the name Russia took over. They have numerous appearances in the Summer Olympics, World Championships, and European Championships.

North Macedonia, on the other hand, is the underdog in this game. Even though they do not have any big achievements in the World Championships and the Olympics, they have been one of the best contenders in the European League. They have numerous silver and bronze medals. With that being said, let’s see what the previous success of both teams say, what are the odds and who are the favorites to win.

Favorite to Win and Odds

Even though North Macedonia plays at home, their previous form is not that good. Out of the last 6 matches, they won 3 (twice against Hungary and once against Switzerland) and lost 3. The matches that North Macedonia lost are against Switzerland and Ukraine (2).That is why the online bookies that have volleyball betting featured on their website, like the sport betting lines at 888 sportsbook are listing Russia as the clear winner.

Russia, on the other hand, has won 9 out of her last 10 matches. The only defeat that the team suffered was against the USA in July, this year. The team is looking as strong and as motivated as ever to win the European Championship. There is no question that Russia is the favorite in this game.

It is safe to say that Russia will probably be the obvious winner in this match. Nevertheless, we can all agree that the fun and competitiveness will be present at all times and that every player will everything they can to win the match. North Macedonia might have a little chance, but they are eager to prove themselves, and there is no better way than to beat Russia.