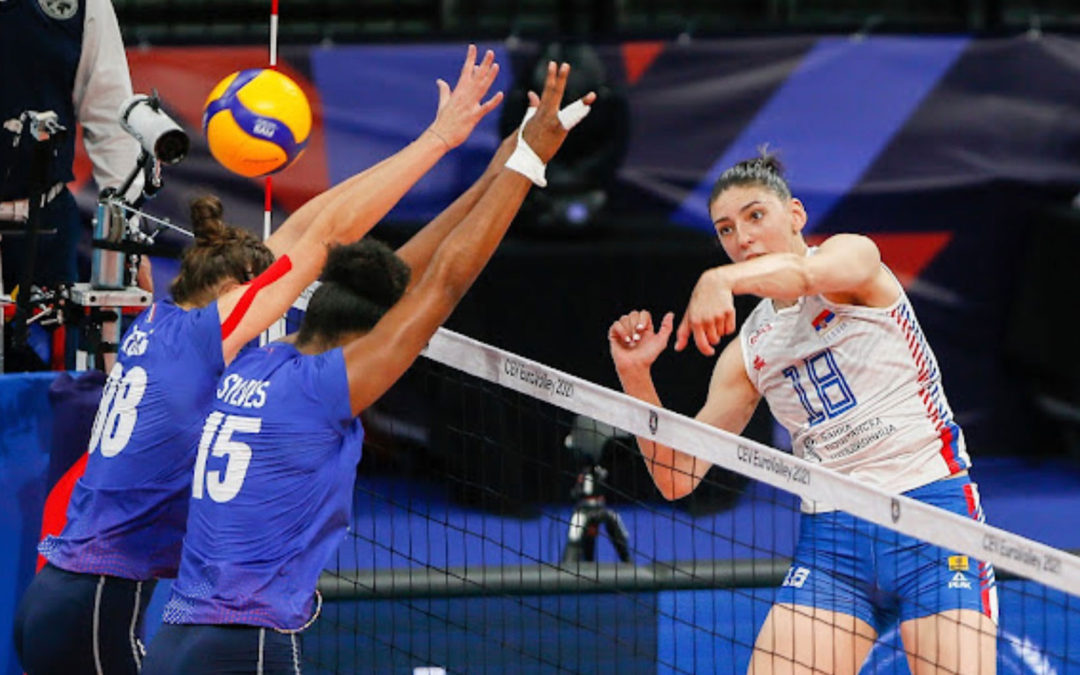 The European Women’s Volleyball Championship is the sport’s first major competition after the Tokyo Olympic Games. The tournament, with 24 participants, started on Wednesday, 18/08, in four different venues: Serbia, Bulgaria, Croatia, and Romania.

And for those who want to make the most of the games and take the opportunity to place bets, the specialists at OLBG.com have made a list of the best online betting sites on Volleyball games.

The first to show favoritism to win the competition was the Serbia national team. The 2021 edition of the European Women’s Volleyball Championship began this Wednesday (18th) with two games played. Turkey and Bulgaria beat Romania and Greece, respectively.

The 24 teams are divided into four groups of six teams spread across four countries (Serbia, Bulgaria, Croatia, and Romania). The top four of each advance to the knockout stages, which will occur in Plovdiv (BUL) and Belgrade (SRB).

Serbia, Italy, and Turkey are favorites.

A Sunday without scares for the major teams in action in the European Women’s Championship round. In addition to Fedorov Tseva’s show, with 11 aces in Russia’s victory, the day featured triumphs from Turkey, Italy, and Serbia, all still with a perfect campaign in the competition.

The Turks suffered in the first set against Sweden, winning 31-29, but then dominated the action and won for the third time at the European. Meryem Boz, playing in place of Karakurt, led the team in scoring, with 17 hits. She was only behind Isabelle Haak, the Swedish opposite, with 20. For the same group, D, the Netherlands also won third, passing by Romania, hostess, by 3-1, with 17 points from Anne Buijs, the Dentil/Beach Club player.

Considered by many to be the best volleyball player globally, Serbian Tijana Boskovic experienced an unusual situation this Thursday. In the first duel between her national team and Bosnia and Herzegovina in the history of women’s volleyball, valid for the European Championship, she had her sister, Dajana Boskovic, on the other side the court.

Dajana is 26 years old. She works in Turkish volleyball, like her sister, but in a team with less investment. Both were born in Bosnia and grew up together in Belgrade. Tijana chose to defend Serbia in volleyball. This Thursday, she got the better of the court by three sets to zero, partial 25/11, 25/18, and 25/14. He scored 12 points against 10 for Dajana.

The European Women’s Volleyball Championship is the sport’s first major competition after the Tokyo Olympic Games. The tournament, with 24 participants, will start this Wednesday in four different venues: Serbia, Bulgaria, Croatia, and Romania.

In the classification phase, there are two options: subscription to pay per view from the European Volleyball Confederation (CEV) and free games on YouTube. According to the CEV website, the subscription to see the European Women’s Championship costs 4.99 euros, approximately R$31. An important point: the rule of blocking by geolocation. Several events are blocked in countries with rights sold to some broadcasters.

The closing of the Tokyo Olympic Games has already left that gap in the volleyball routine. And the question is inevitable: when will volleyball be back? What are the upcoming club and national team competitions?

We have prepared a list of competitions planned for the year. Continental national teams tournaments (European, South American, etc.) are coming next. And with the importance of being qualifiers for the next World Championships in 2022. From then on, the focus will be on the club season.

Check below the main competitions planned for the coming months, remembering that some dates may still undergo minor changes:

– Men’s South American, in Brasília, from 1st to 5th of September

– Women’s South American Championship, in Barrancabermeja (COL), from 15 to 19 September