Why is Volleyball the Fifth Most Popular Sport on the Planet? 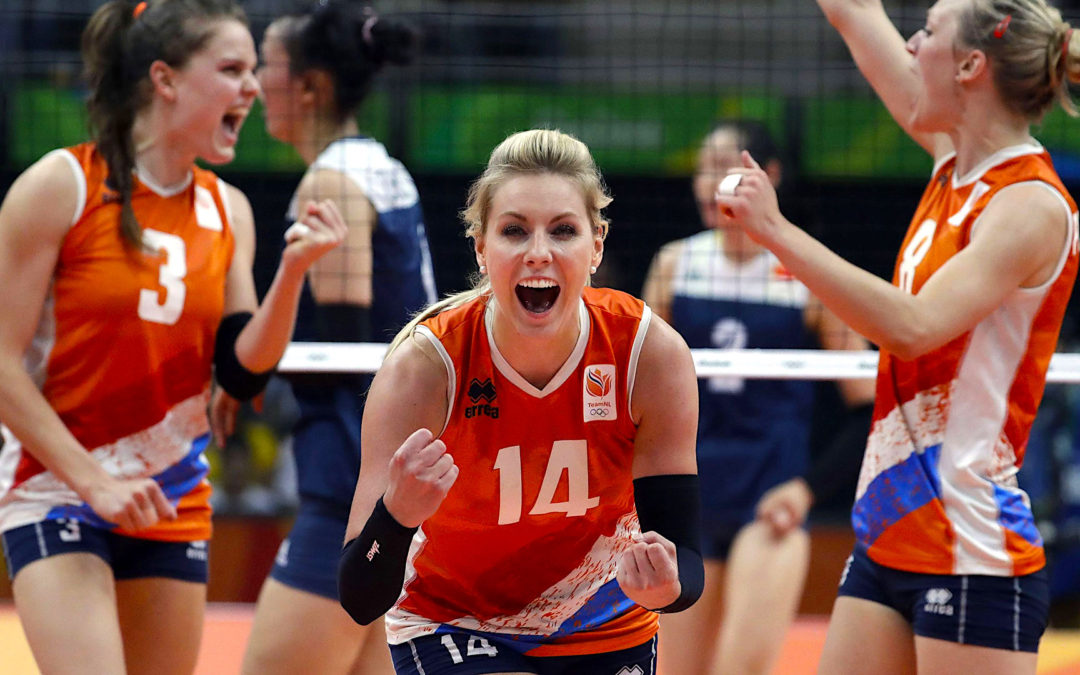 Volleyball is one of the most played sports on the planet. Considering a point is scored at least every minute and each game takes an average of an hour to play, it is not surprising why so many people enjoy this action-packed game.

There are lots of volleyball tournaments being played regularly. For major tournaments like the Olympics, people flock from all over the world to watch both the beach and indoor volleyball matches. These are the most popular events to gamble on and it seems most betting sites offer odds on each match. During the Olympic Games in Rio, volleyball tickets sold out faster than any other game.

Volleyball is a Team Sport

There are a lot of popular individual sports nowadays, such as golf, martial arts, and gymnastics, however, four out of five of the world’s most popular sports are team sports.

You can play a game of beach volleyball with only two people on a team, while most indoor games are played with at least six people on a team. To win games, players often have to rely on their teammates. Communication is key when it comes to volleyball and having faith in yourself and your fellow teammates is critical. Playing volleyball will help improve your communication skills. Players need to be in constant communication with each other to ensure each one knows what they need to do. Communication can be the difference between winning and losing a game.

It is a great sport to help people build confidence in themselves. Being confident in your ability, in your teammates and your coaching staff will help build your self-esteem. Volleyball is a fantastic sport for young people to get involved in. It not only helps people build their confidence, but it is a great way of making new friends.

You can Play Volleyball anywhere!

One of the reasons why so many people enjoy playing volleyball is that they can play wherever they like. In most towns and cities there are indoor volleyball facilities. These courts have markings on the floor to allow players to let players know when the ball is going in or out of bounds. People often set up their volleyball court at home in their gardens. All they need is a net, a volleyball, and something to mark the ground with. Just like soccer, you need very little equipment to organize a game.

Beach volleyball is one of the most popular sports played on sand. Some of the best volleyball players around like to hit the sunny beaches to play the sport. However, you don’t need to be at the top of your game to join in. Beach volleyball welcomes people of all skill levels and all ages. It encourages people to be more active outdoors. In comparison to playing indoors, the sandy ground is a lot softer, so you don’t have to worry when you have to dive for the ball. Just like playing indoors, you don’t need a lot of equipment to get a game started. However, if it is runny, don’t forget to wear sun protection.

Not everyone likes to spend hours in the gym or jogging when trying to lose weight. A lot of people are put off by gyms because they find it boring. Partaking in competitive sports like volleyball is a great way to help you lose weight. Because you are constantly moving during a game, it is no wonder why it is one of the best facilitators in achieving weight loss.

Because the sport is so physically demanding, it helps you burn a lot of calories. If you are playing volleyball at a high level or you are playing it at a recreational level, you will still be able to burn lots of calories. Experts believe that people who play volleyball for 1 hour on an indoor court will burn approximately 385 calories in one hour. They also believe that volleyball played for 45 minutes on a beach will help you burn around 600 calories.

You need to be good at running long distances to compete in a lot of sports. Volleyball is one of the few sports where you can burn a lot of calories without having to run a lot. There are plenty of fast-paced movements, such as diving, shuffling, and jumping.

Volleyball is a non-contact sport, so although some people competing do sustain injuries now and again, it is rare. In recent years there has been a lot of studies carried out showing how a lot of people who play contact sports suffer from concussions. Most people who play these sports are deeply concerned about the long and short-term effects these injuries will have on their brains.

Volleyball is viewed as a much safer sport to play. Lots of parents encourage their children to play sports, but many fear that their kids will sustain a serious injury. Most parents love the idea of their kids playing volleyball as it’s a safe game to play.

Not only is volleyball a great game to play, but it is an extremely exciting game to watch too. Some people like to go one step further and gamble on games to add to the excitement. Just like roulette online, anything can happen in a game of volleyball. Games are often hard to predict, and there is nothing better than watching a team come back to win a game they were losing so badly.